The German approach to the energy transition is however very distinct from the Canadian one. Germany develops its energy transition around a clear “energy concept” based on energy efficiency, renewable energy and electricity. The strong central leadership of the German government comes from the Federal Ministry for Economic Affairs and Energy (BMWi), with little independent action from the 16 German states. The European Union is also playing a regional role in coordinating energy and climate action. In Canada, the federal government has less power to lead, because of the constitutional distribution of responsibilities with provinces. In addition, energy and climate leaderships are shared between various ministries (mostly natural resources and environment), with less coordination with ministries in charge of economic development.

To date, from a decarbonization perspective, changes in the German energy sector are much more convincing than the Canadian decentralized approach. Both countries face common challenges to continue their action on the energy transition. Five key ones are presented in this report prepared by Pierre-Olivier Pineau, Chair in Energy Sector Management, HEC Montréal, for Atlantik-Bruecke Canada. 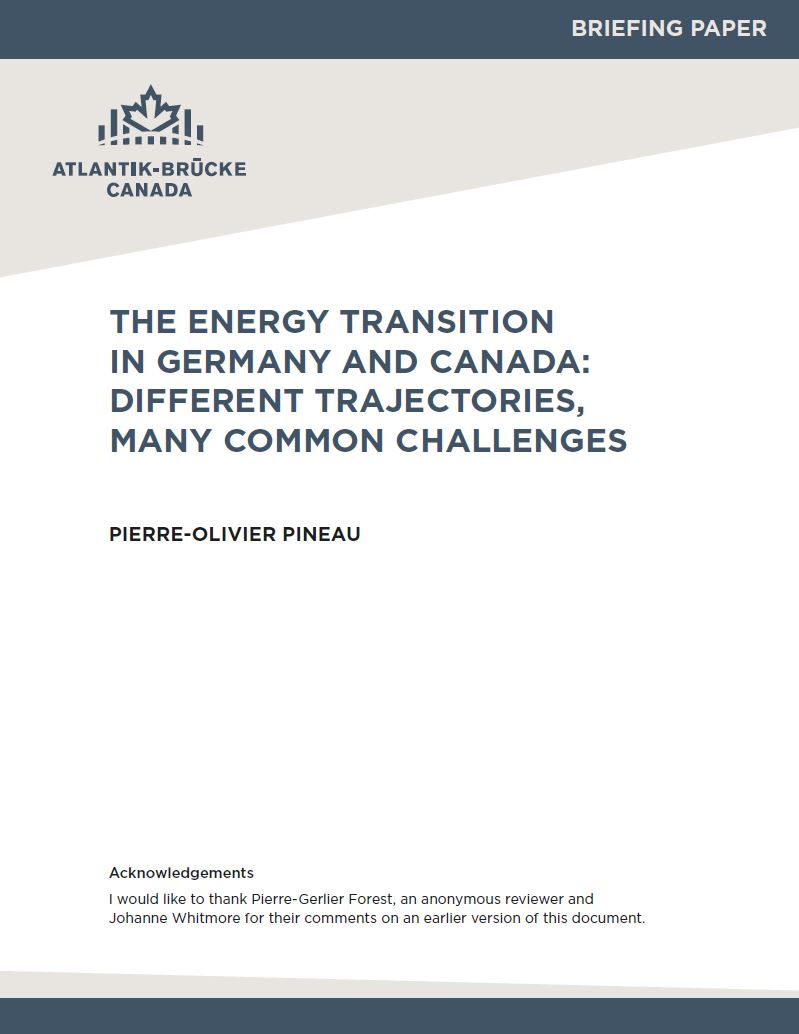